Cheating Zimbabwean Nurse ordered to repay her ex-boyfriend £116,000 over an alleged affair with another man in the UK 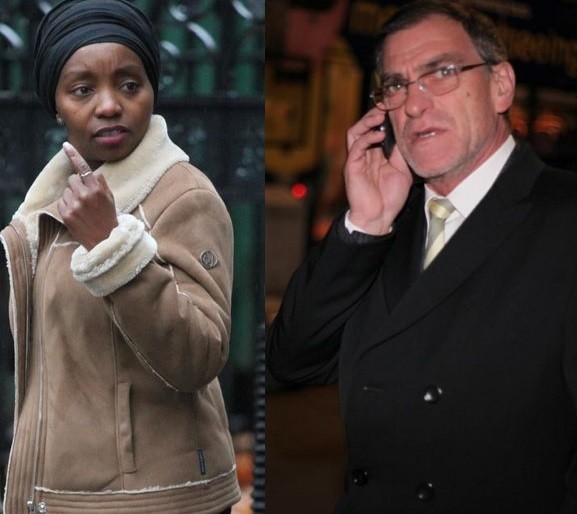 A cheating Zimbabwean Nurse was ordered to repay ex-boyfriend £116,000 following an alleged affair with another man.

37-year-old Trish Garikayi who is based in the UK admitted that she was given a Porsche 911 and a £100,000 diamond bracelet by love-struck businessman Wisdom Penfold, 58.

Despite showering her gifts and money, the jilted man claimed he caught her having an affair with another man. 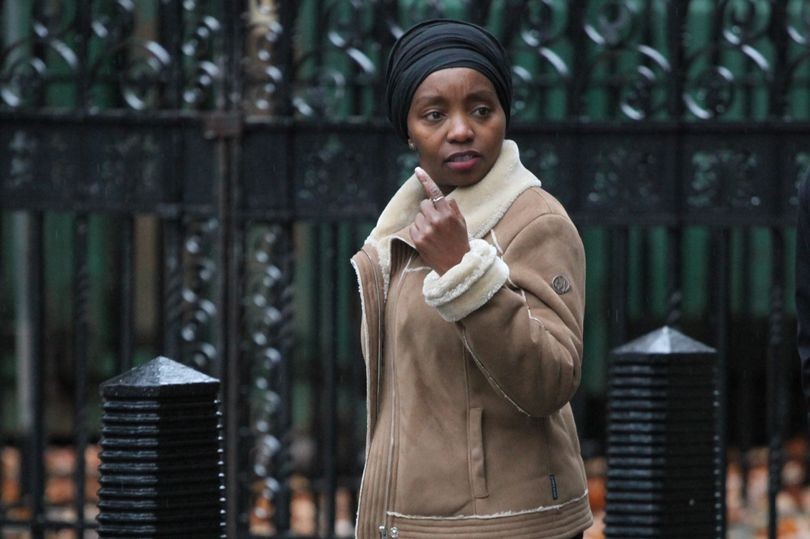 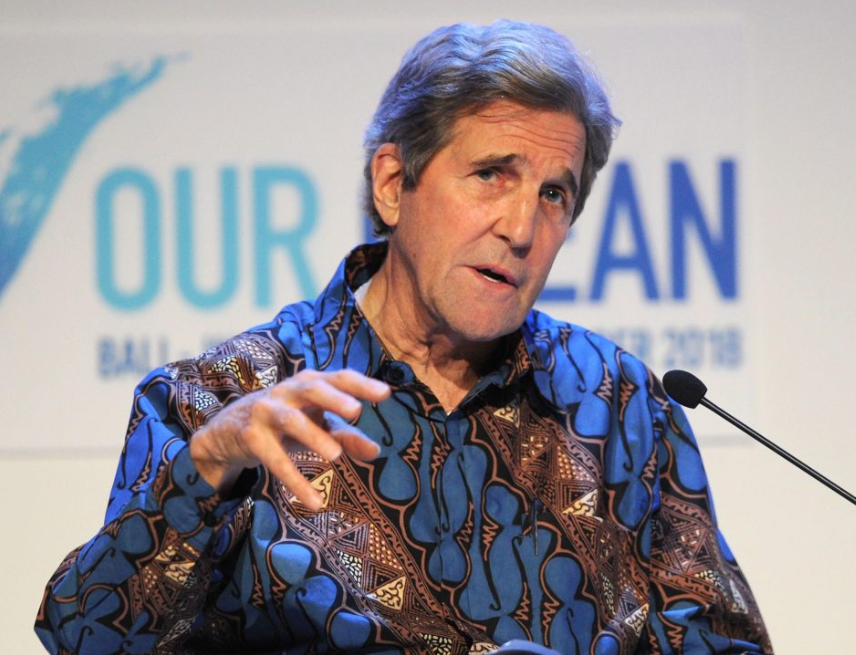 He then went on to explain that while he hasn’t been actively considering it, he’s “not taking anything off the table.” END_OF_DOCUMENT_TOKEN_TO_BE_REPLACED

Based on demand from retailers across all channels, the publisher has printed 3 million hardcover copies in North America. On its first day, the book sold more than 725,000 copies, making it one of the year’s biggest debuts, according to FOX News. END_OF_DOCUMENT_TOKEN_TO_BE_REPLACED 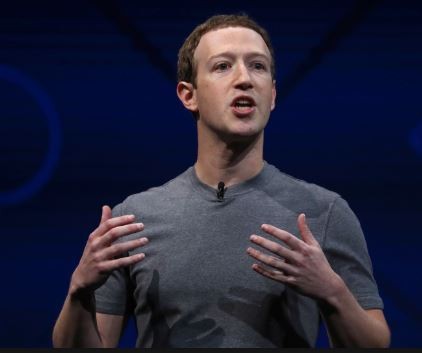 He said stepping down as chairman in the near term is “not the plan” after some big shareholders proposed to push him out of that role following a string of management missteps. END_OF_DOCUMENT_TOKEN_TO_BE_REPLACED 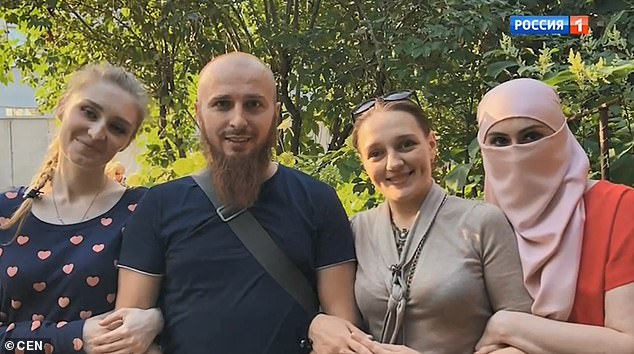 A Russian polygamist with three ‘wives’ has revealed he punishes them by banning sex for a month if they annoy him.

Ivan Sukhov, 34, from the city of Vladimir in Russia’s western Vladimir Oblast region, says he dreams of having more wives and at least 50 children.

According to Russian law, he can only have one official wife. His other two partners live with him by mutual agreement. 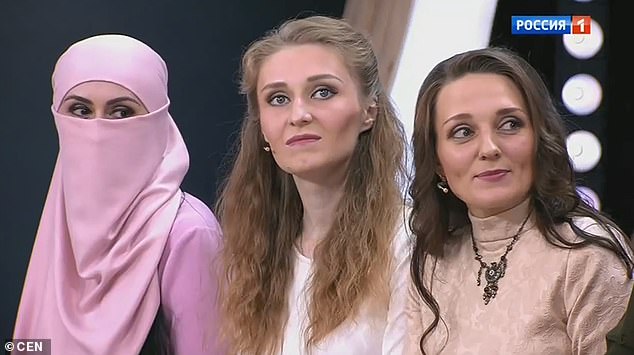 Before becoming a polygamist, Sukhov lived with his legal wife Natalia Sukhova for 11 years. He said he felt a strong desire to be the head of a large family and wanted to have more wives and as many children as possible.  END_OF_DOCUMENT_TOKEN_TO_BE_REPLACED 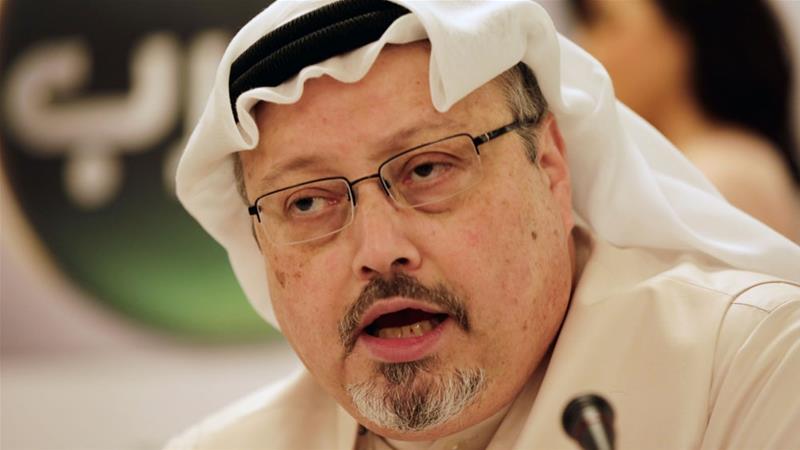 Saudi Arabia admitted journalist Jamal Khashoggi was killed inside its consulate in the Turkish city of Istanbul, saying he died in brawl but made no mention of where his body is.

Preliminary results of investigations showed the dissident writer died after a fight broke out inside the building shortly after he entered, the official SPA press agency said on Saturday.

Michelle Obama: George W. Bush is ‘my partner in crime’ and ‘I love him to death’ 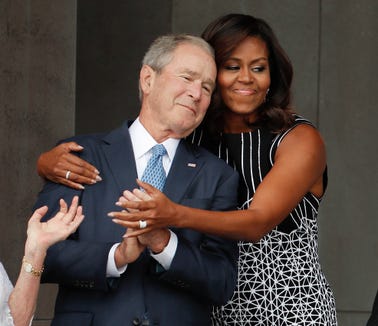 Former first lady Michelle Obama said Thursday that ex-President George W. Bush has become her “partner in crime” after years of sitting together at official events.

“President Bush and I are forever seatmates because of protocol – that’s how we sit at all the official functions,” Obama said on NBC’s “Today” show. “So he is my partner in crime at every major thing where all the formers gather.”

“I love him to death,” Obama added. “He’s a wonderful man. He’s a funny man.” END_OF_DOCUMENT_TOKEN_TO_BE_REPLACED 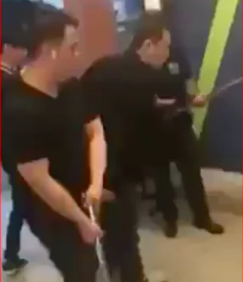 A Zambian student schooling in China was murdered by Chinese nationals for dating a Chinese woman and the killers live-streamed the killing.

Chrispine Mwale, 25, a student studying Civil engineering in China was beaten to death on Monday after he was found in a woman’s apartment.

According to local reports, Mwale spent the night at his girlfriend’s apartment after going to a nightclub on a Sunday night. END_OF_DOCUMENT_TOKEN_TO_BE_REPLACED

Wife of Valencia defender Ezequiel Garay set the intenet on frenzy after she shared a nude photo of herself on Instagram.

The TV presenter Tamara Gorro, 31, uploaded the image for her 1.1 million followers on the social media site. END_OF_DOCUMENT_TOKEN_TO_BE_REPLACED 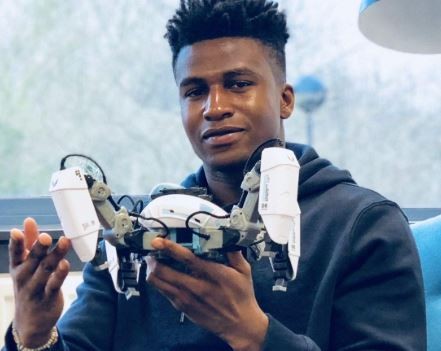 Silas Adekunle, a 26-year-old Nigerian, credited for building the world’s first gaming robot, has just become the highest paid in the field of Robotic engineering. He achieved this feat after signing a new deal with the world’s reputable software manufacturers, Apple Inc.

The robotics engineer was also named as “Someone to Watch in 2018” by the Black Hedge Fund Group. Adekunle is currently the founder and CEO of Reach Robotics, a company developing the world’s first gaming robots.

He also recently graduated with a 1st class degree and has four years’ background in robotics. Born in Lagos, Nigeria, Adekunle studied in Nigeria before relocating to the UK as a teenager. END_OF_DOCUMENT_TOKEN_TO_BE_REPLACED