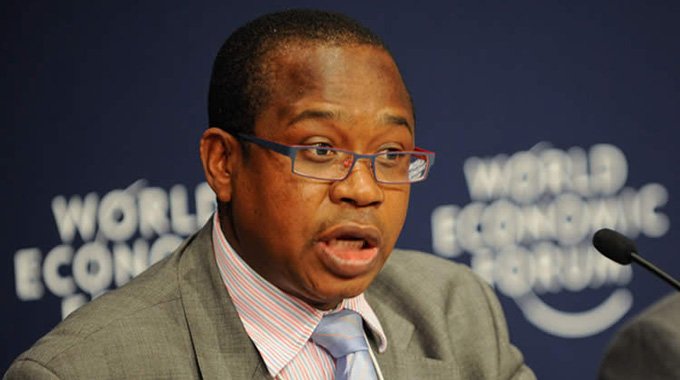 GOVERNMENT’S wage bill is seen growing by 16% this year to $3,7 billion, rising to $3,9 billion next year and pushing the budget deficit to nearly 14% of the gross domestic product (GDP), government projections show.

Zimbabwe already spends 80% of its budget on salaries for government workers, who received a raise of 17,5% from July, adding a further $500 million to the wage bill this year, from an original projection of $3,2 billion.

“While we had estimated employment costs for 2018 at around $3,2 billion, the projected out-turn indicates a total expenditure of employment cost of $3,7 billion. We expect gradual increases in 2019 to about $3,9 billion. END_OF_DOCUMENT_TOKEN_TO_BE_REPLACED

About 21 Zimbabwean entrepreneurs are among 1 000 young persons who will benefit from the latest round of the Tony Elumelu Entrepreneurship Programme’s (TEEP) $100 million fund.

TEEP is a brainchild of Nigerian billionaire, Tony Elumelu, one of Africa’s most successful entrepreneurs who in 2015 launched Africa’s largest philanthropic fund to nurture a culture of entrepreneurship among the youth.

The fund intends to support 10 000 African entrepreneurs in the decade to 2025, and targets to create one million new jobs and $10 billion in additional revenues by providing a $5 000 non-refundable seed grant. END_OF_DOCUMENT_TOKEN_TO_BE_REPLACED

Government has withdrawn licences for fuel service stations caught trading irregularly, contributing to serious shortages of petrol and diesel that had rocked the market for several weeks, resulting in long and winding queues and panic-buying.

Addressing a media briefing after yesterday’s Cabinet meeting, Information minister Monica Mutsvangwa also said government was concerned by high prices of goods still on the market and failure by companies to respect the Bank Use Promotion Act, which outlaws a three-tier pricing system. END_OF_DOCUMENT_TOKEN_TO_BE_REPLACED 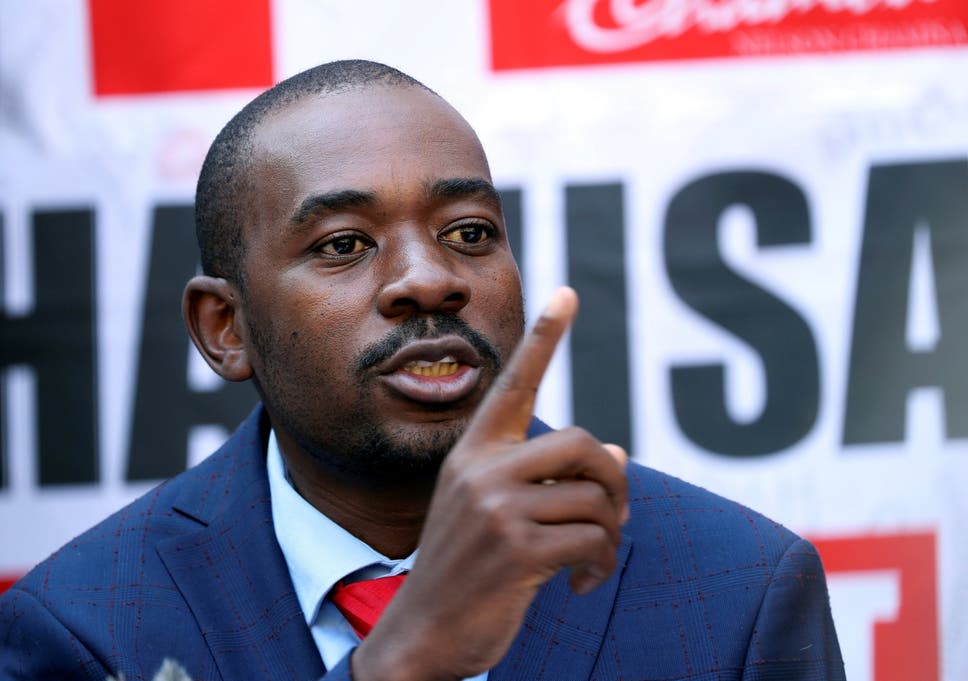 MDC Alliance leader Nelson Chamisa is moving to consolidate his grip on the opposition party ahead of its elective congress early next year, which is expected to make or break his political future.

Insiders who spoke to NewsDay said Chamisa’s plan was to build a public swell of support around himself so that it becomes difficult for any potential challengers to get into the ring with him.

“Chamisa is drumming up support and raving his popularity both within and outside the structures of the party, mainly to create an intimidatory fence that will deter other members of the party from challenging him at congress,” a senior official in the opposition party said.

“He knows he can’t stop the elections at congress, so he wants to make it seem like he can’t be challenged.” END_OF_DOCUMENT_TOKEN_TO_BE_REPLACED 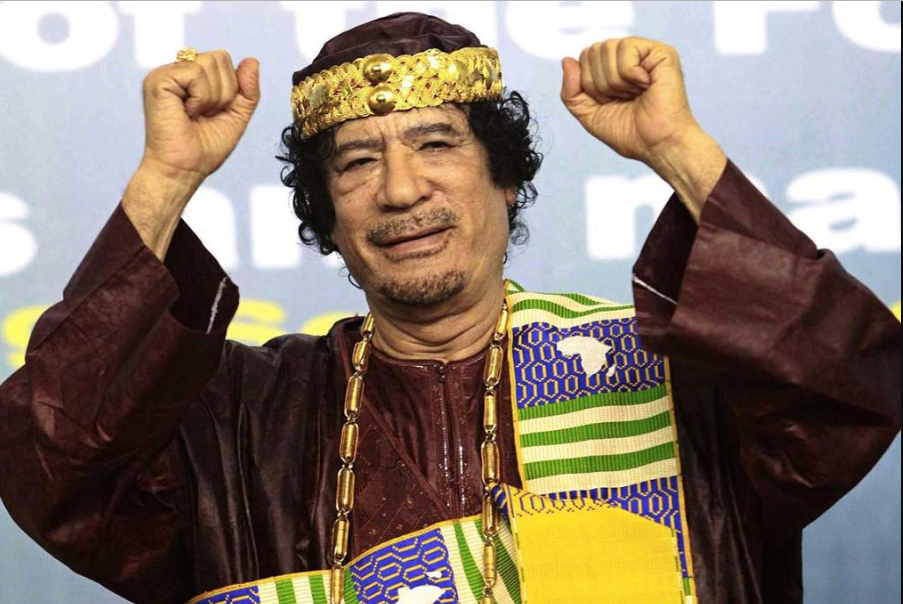 The UN is investigating the alleged embezzlement of up to €5 billion that disappeared from accounts owned by Muammar Gaddafi, the former Libyan leader, according to Belgian MP Georges Gilkinet.

“UN documents confirm that Belgium failed to comply with a UN resolution on freezing Libyan assets,” he told the Belgian news network RTBF.

He said that so far, he had received fragmented information from Belgian authorities and that is vital “to clarify the situation, which may lead to a big scandal, because hundreds of millions of euros were sent to unknown individuals in Libya who were not known.” END_OF_DOCUMENT_TOKEN_TO_BE_REPLACED

Is Mudzuri planning to challenge Chamisa at 2019 Party Congress? MDC Deputy President Elias Mudzuri is reported to be planning to challenge Nelson Chamisa for the party’s presidency at the party’s congress which has been scheduled for next year.

However, Chamisa has appealed to the party’s senior leaders to give him time to accomplish goals which he was given by founding party leader, the late Morgan Tsvangirai. Speaking at the MDC’s 19th Anniversary celebrations, Chamisa said,

I have told my colleagues in the top leadership that none of us should go wayward because it will be akin to a fish taking itself out of water where it cannot survive. END_OF_DOCUMENT_TOKEN_TO_BE_REPLACED 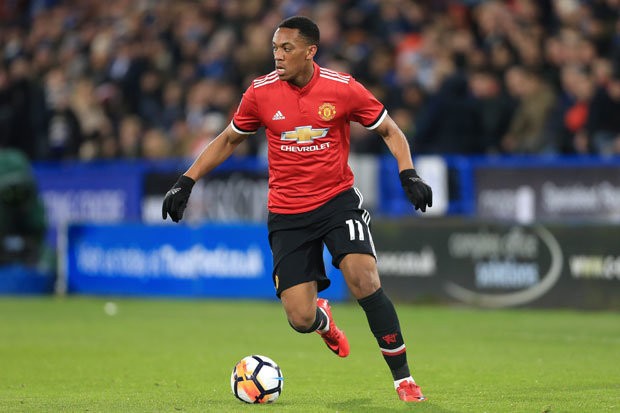 But Sky Sports is reporting that the 22-year-old who is out of contract at the end of the season has rejected the offer on the table but talk are set to continue with his agent with hope an agreement can be reached. END_OF_DOCUMENT_TOKEN_TO_BE_REPLACED

On Wednesday, President of the Zimbabwe Chiefs Council Senator Fortune Charumbira was elected unopposed as vice president of the Pan-African Parliament (PAP) Bureau, representing the Southern African Region. The elections were held in Kigali, Rwanda.

Charumbira won in the first two rounds until his rival, Malawi’s Alice Ngoma, withdrew her candidature at the last minute. He got 114 out of the 157 ballots cast, with 25 ballots being blank and 18 spoiled. END_OF_DOCUMENT_TOKEN_TO_BE_REPLACED

Nyathi also said 58 arrests were made for blocking pavements countrywide. He said the arrests are meant to enforce Statutory Instrument 122A of 2017, Exchange Control (Amendment) Regulations, 2017 (No.5) which criminalises illegal trade in foreign currency.

The Zimbabwe Republic Police, having noted that activities by illegal foreign currency dealers were posing a serious security and economic threat to the country, embarked on a countrywide operation meant to enforce Statutory Instrument 122A of 2017, Exchange Control (Amendment) Regulations, 2017 (No.5), which criminalises the illegal trading in foreign currency.

Nigerian man arrested for sleeping with his daughter for two years 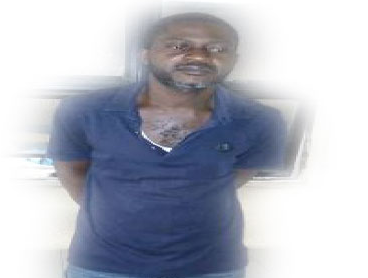 The Lagos state police command have arrested 35-year-old Michael Igbaniba, pictured above, for sleeping with his teenage daughter for two years.

Igbanoiba’s daughter had gone to report her father to the police at Iso Koko police division in Agege after she couldn’t continue to succumb to his sexual demands.

When interrogated, the victim said her father had come to take her from where she stayed with her mother and that she had barely settled into the new home where her father and his new wife were staying on 222 Olaniyi street , New Oko-Oba in Abuke-Egba area of Lagos state, when he started to demand sex from her. END_OF_DOCUMENT_TOKEN_TO_BE_REPLACED