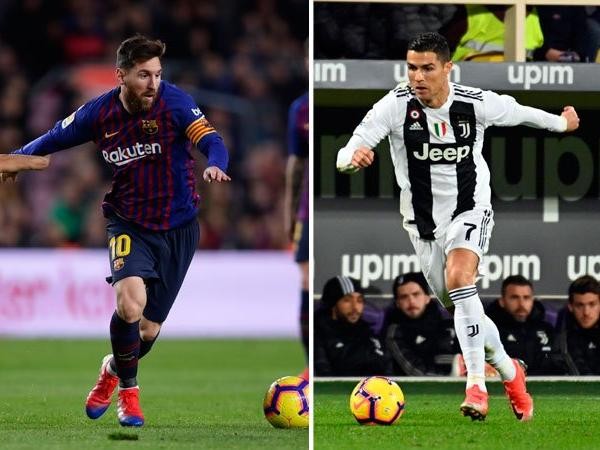 The Portuguese striker who joined Serie A champions Juventus in a shock £100million move last summer from Real Madrid is now calling on Lionel Messi to join him in Italy instead ending his career with Barcelona.

When asked by Gazzetta in an interview if he missed Messi, Ronaldo said: ‘No, maybe he misses me. I played in England, Spain, Italy, Portugal, in the national team, while he is still in Spain.

‘Like me, accept the challenge. However, if he is happy there, I respect him, he is a fantastic player, a good guy but I do not miss anything here. This is my new life and I’m happy.’

Ronaldo went on to outline the differences between his time in Spain and at his new club.

He said: ‘It’s not fair to name just a few, but I can say that this is the best group I’ve ever played.

‘Here we are a team, elsewhere someone feels bigger than others but here they are all on the same line, they are humble and want to win.

‘If Dybala or Mandzukic do not mark, you still see them happy, smile. For me it is beautiful, I perceive the difference.

‘Even in Madrid they are humble but here I feel they are more so.

‘It is very different from Madrid, this is more a family .’