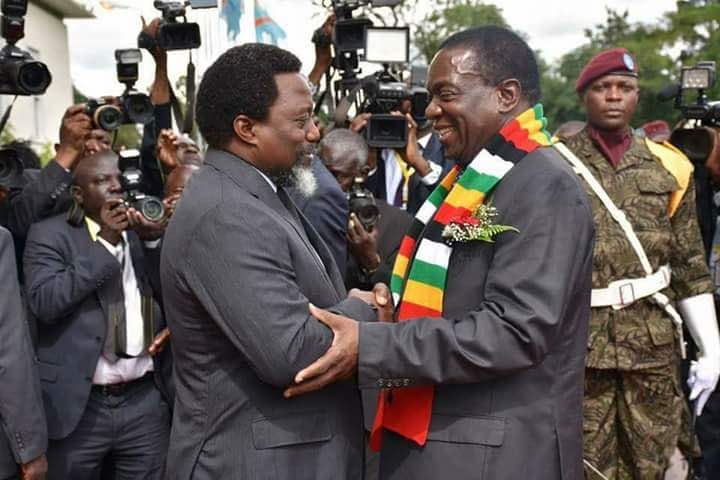 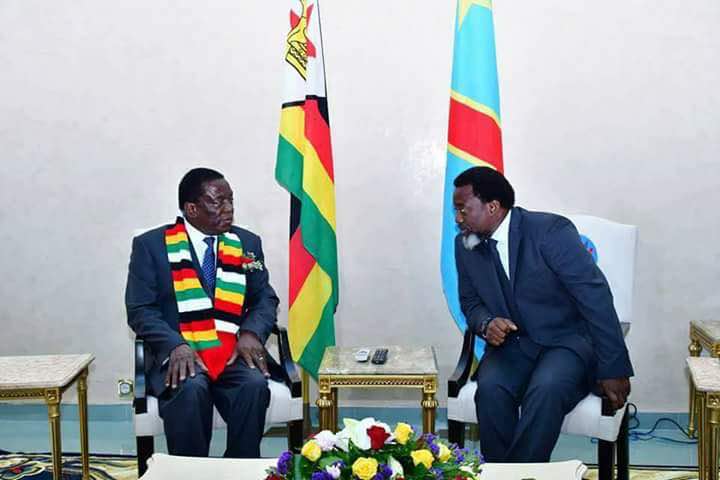 Mnangagwa landed at NDjili International Airport on Tuesday afternoon. He paid tribute to the late former president Muzee Desire Laurent Kabila who was assassinated at his palace in January 2001 and is buried in a mausoleum next to state house.

Zimbabwe’s leader visited the mausoleum soon after his arrival in Kinshasa, DRC where he laid a wreath in his honour before writing in the book of visitors. 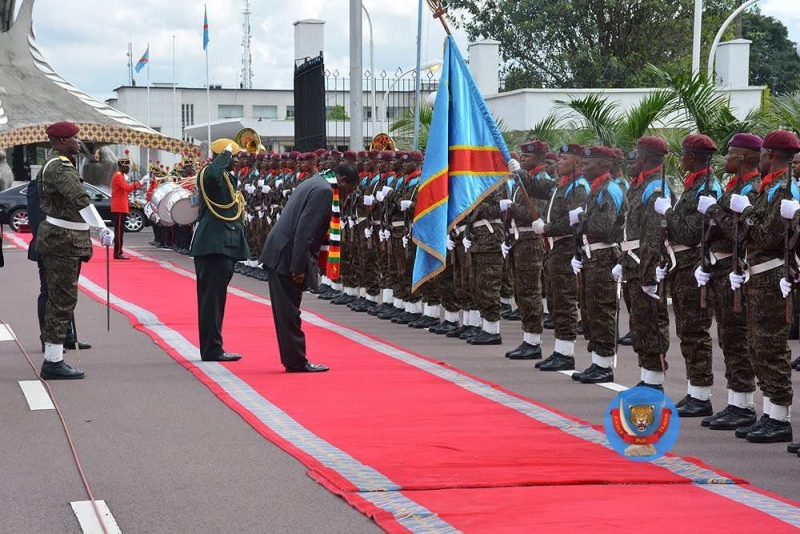 Soon after signing the book of visitors at the Muzee Kabila Mausoleum where he was joined by president Kabila’s twin sister Janet Kabila, Mnangagwa then went to state house where a military parade was mounted in his honour.

After inspecting the parade he proceeded to meet his guest who now wears a thick beard with streaks of grey. The two proceeded into the state house for closed door one on one talks.