Obert Mazivisa is a Zimbabwean song Writer, singer, performer, TV and radio presenter, elder, mentor and youth adviser based in the UK.

He will be embarking on a Gospel Explosion covering his native homeland Zimbabwe, South Africa and Mozambique.

These figures may be unwelcome but they are not unexpected. Nigeria is grappling with its worst economic crisis in a generation.

It has been largely caused by the slump in global oil prices, which has sucked all-important US dollars out of the economy. END_OF_DOCUMENT_TOKEN_TO_BE_REPLACED

Sulumani Chimbetu and his new wife took their time to compose a song, and sang it together as a happy birthday message. They said the song was their only token of appreciation.

PIC of the day

SIR WICKNELL: My greatest challenge is a poor man

The greatest challenge of a rich man is a poor man. Poor people don’t wish to be rich but they wish the rich to be poor like them.

I have learnt that being a good person is like being a goalkeeper, no matter how many goals you save people will still remember only the one goal you missed. END_OF_DOCUMENT_TOKEN_TO_BE_REPLACED

Muslim national security staffer quits only eight days after working with Trump, says it was an insult to work under him 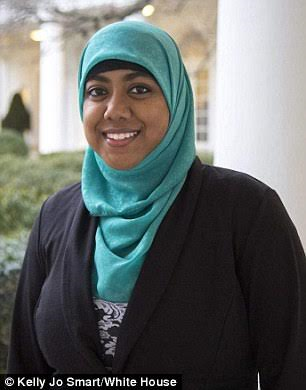 Only eight days after working with President Donald Trump, a Muslim-American national security staff resigned, saying that working under president Trump was an insult.

Rumana Ahmed began working at the White House during Obama’s administration immediately after graduating from college. Rumana, whose family moved to Maryland from Bangladesh, worked for only eight days after Trump was elected before resigning.

In an editorial piece, Rumuna wrote that the President’s ban on travellers from seven Muslim countries was what prompted her to make the decision, having come to the realization that she could no longer work for an administration that saw her and her people as a threat. END_OF_DOCUMENT_TOKEN_TO_BE_REPLACED

HARARE: A 33 year old Sunningdale man was arrested after he was caught in possession of fake $5 bond notes, paper and equipment used to print counterfeit money.

Elton Nyamudahondo appeared before magistrate Mazhande facing charges of possession of articles for criminal use as defined in section 40 (1) of the Criminal Law Codification and Reform Act Chapter 9:23.

He was remanded in custody pending bail ruling. END_OF_DOCUMENT_TOKEN_TO_BE_REPLACED

Veteran instrumentalist Donald Gogo, who was fired by Alick Macheso over indiscipline last week, has called for dialogue. Gogo was dismissed along with rhythm guitarist Tafi Nyamuda and dancer Forward Antonio but he argues that he is still part of the country’s leading sungura outfit.

He also dismissed rumors that they have since assembled a new band called Orchestra Kuseri Kwazvo. The alleged new outfit is being linked to former Macheso manager William Tsandukwa.

“As far as I am concerned, I am still part of Orchestra Mberikwazvo and I called for a meeting with Mdara (Macheso). I will share (with you) details of the meeting but my heart is still with Mberikwazvo,” said Gogo. END_OF_DOCUMENT_TOKEN_TO_BE_REPLACED Trevor Noah’s big money purchase of a penthouse apartment in Manhattan has giving us goals for days. We’ve got more details on the swanky pad that the host of The Daily Show recently bought.

According to the Sotheby’s International Reality website the home went into “contract” on January 19. END_OF_DOCUMENT_TOKEN_TO_BE_REPLACED 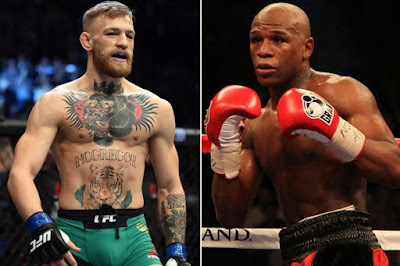 Retired boxing champion Floyd Mayweather has called out UFC champion Conor McGregor, saying it’s high time they fought for the enjoyment of the fans. McGregor and Mayweather have been attacking each other on social media for months now and the retired boxer who turned 40 on Saturday has now officially called out the UFC star.

‘I’m here to say today, on my birthday, they keep throwing the Conor McGregor name out there,’ Mayweather told Showtime Boxing. ‘Conor McGregor, like I said before, I’m here let’s make it happen.’

‘Let’s make the fight happen. Let’s give the fans what they want to see. There’s only one fight out there that’s important and that’s Mayweather and Conor McGregor.’ END_OF_DOCUMENT_TOKEN_TO_BE_REPLACED